Protection of avifauna and amphibians by improving their natural habitat in the Ruda Quarry area
Ven, 05/08/2022 - 18:40

Some birds hibernate in the country. Among them are individuals from the north and the east, who choose winters in western Europe, where the climate is milder

Our black-headed gulls eagerly rested on machines for extracting mineral resources. Thanks to this, we were able to count individuals from the local colony. At its peak, there were 51 of them! We saw the black-headed gulls many times in cultivated fields. During the agricultural work, they perched on plowed fields where grubs were eating from the ground. Thus, they became the allies of farmers

Black-headed gulls usually colonize on a sandy shore, in reeds or floating clumps of aquatic vegetation on overgrown lake shores. Then they create holes in the ground which are supplemented with leaves and stalks of reeds and other plants around the water reservoir.

It is also natural that these birds form huge colonies. They can count up to several thousand pairs. Our gulls, however, are not that numerous.

It is worth adding that the oldest pairs occupy a position in the center of the colony. Such a strategy protects against predator attack. Thus, the chance of raising young people is bigger.

On July 2nd this year we saw a herd of both adults and juveniles. They were easy to recognize. The juveniles have a brown top of the body and a wide black stripe at the end of the tail, the head is white. Only after 2 years of age do the birds have their normal colors. 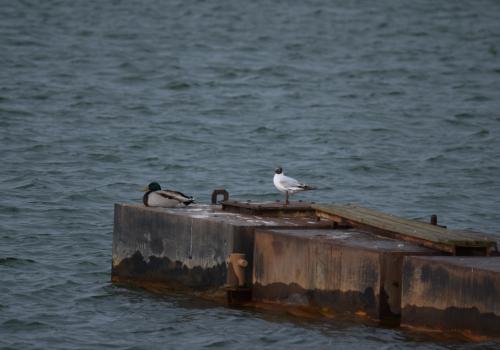 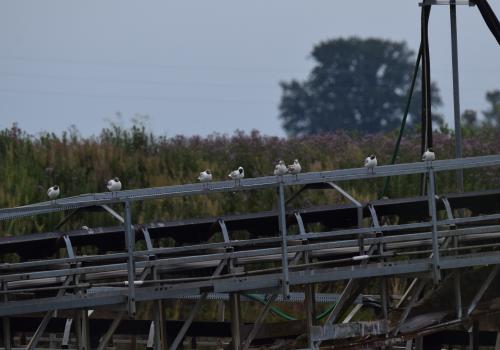 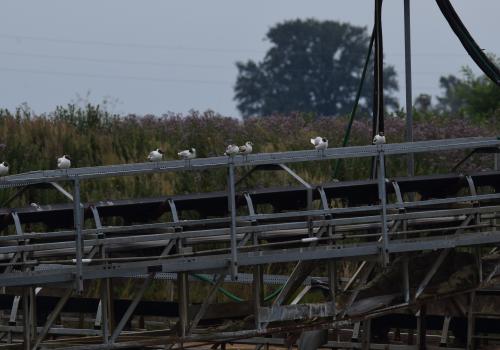 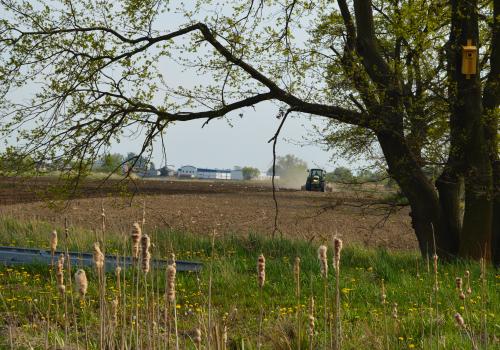 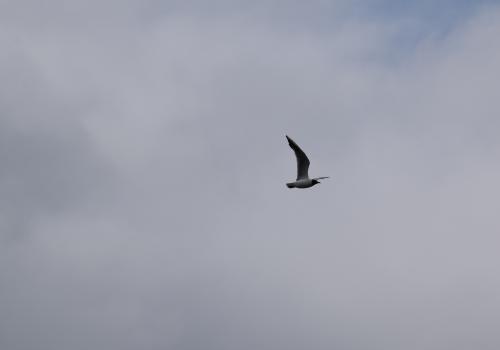 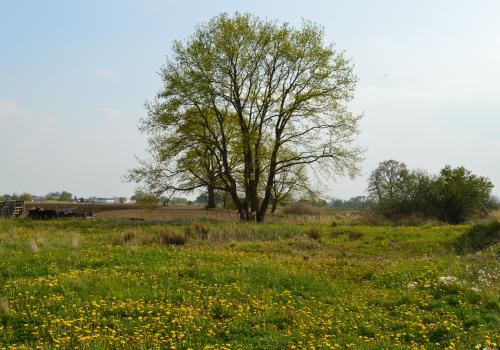 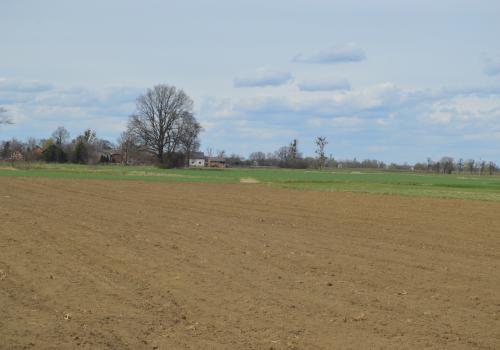 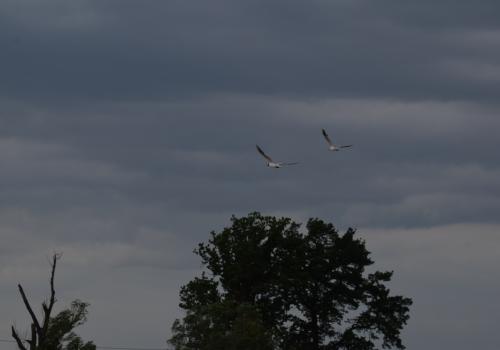 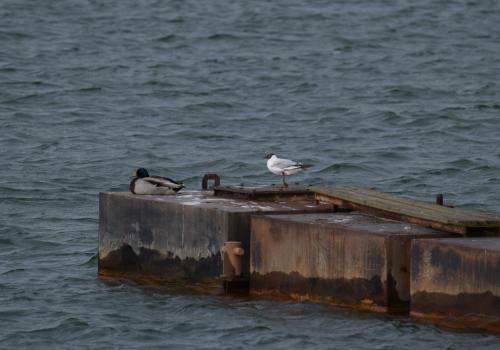 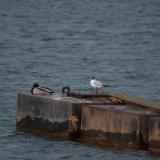 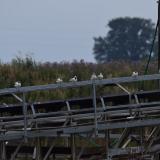 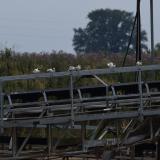 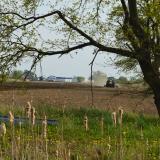 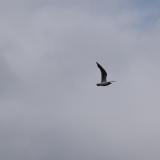 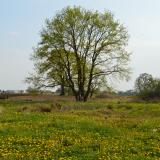 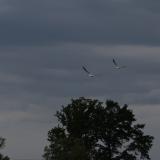 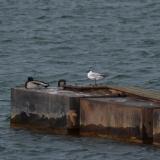